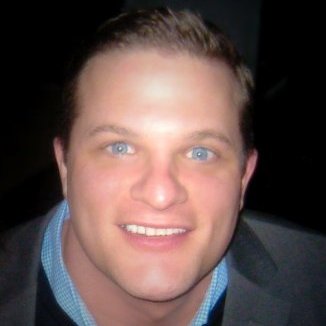 This past July, Enterprise Technology Research (ETR) released its 2H16 Technology Spending Intentions Survey.  Two dominant themes emerged from this survey: 1) cloud’s staggering impact on all of enterprise IT and 2) the overall tepid year for enterprise IT spend in general.

In the survey, ETR shows how Amazon (AWS) and Microsoft (Azure) are having a huge impact on the enterprise landscape as they disrupt traditional architectures and stacks while extending new lines of business. The survey also shows that Amazon and Microsoft are impacting the way enterprises prioritize their budgets, while blurring the traditional points of reference that are generally used to gauge spend. ETR notes that effects of budget and spend have yet to be determined, but the long-term implications could loom large.

Staying Ahead Of The Game

In the April survey, ETR points out that vendors that play nice with the cloud will gain the most consideration, but technological and competitive advantages will not be enough.  A key factor for vendor success will be cost-effective pricing. AWS and/or Microsoft will eventually enter the game, and they are likely to undercut the innovators and disrupters on pricing, while pitching homogeneity and security as they feverishly produce new iterations. This will cause a huge competitive distance that will compress the market to the point where cost becomes the overriding criteria for the buyer.

Based on ETR’s public cloud analysis, those who adopt and/or increase spend with Amazon (AWS), Microsoft or Google will be negatively impacted within the following sectors: storage, infrastructure software, analytics/business intelligence/big data, hosted software and outsourced IT.  Inversely, cloud information security is gaining the most net positive uptick.

When compared to last year’s survey, the overall trajectory has decelerated nearly 11%.  Sequentially, the survey has been flat versus April’s full year-related trajectory. Enterprises projected in March that it would be a 2H-heavy year for spend, but many revised this in June to a more non-seasonal approach. This indicates that enterprise does not foresee a material increase in spend in 2H over 1H.

ETR witnessed a modest impact to the cumulative net score or trajectory of the survey due to the UK’s referendum to leave the European Union. The trajectory improved among U.S. organizations, but decelerated among EMEA and UK-based organizations. The Federal Reserve’s decision to leave interest rates unchanged in mid-June had a more negative impact on the survey cumulative net score. One of the respondents summed things up nicely, “The trend is clear—manage budget effectively worldwide.”

Join Tom at NexGen Cloud Conference to hear more about the technology spending intention survey and how to effectively implement strategies to manage tech budgets wisely.

Thomas is the Founder and Director of Enterprise Technology Research (ETR) –the next‐gen technology market research firm that powers ETR&D and ETRiQ. Thomas has spent the last decade in the enterprise technology space between both research and investment. Over the last five years, Thomas organically built a highly-engaged enterprise CIO community and survey respondent sample in excess of 3,500 globally. ETR’s revolutionary research methodology is Thomas’ brainchild and he’s attributed with coining the term “Net spending intentions”. ETR has helped to redefine the goal and use of survey work in the institutional investment community. Prior to ETR&D and ETRiQ, Thomas acted as an Advisor to TheInfoPro (TIP) within institutional research methodology, publication, sales and marketing. Thomas believes that the future of technology will be shaped by the enterprise and this fuels his motivation to support CIOs and other high-level enterprise IT end users. This belief also justifies his reliance on CIOs direct input over all other sources. Thomas values primary research over all others and is ever-contrarian.